FPS is a very dense genre. Standing out is key if you want to get any traction. Blackmill Games and M2H have achieved this with their WW1 Game Series... 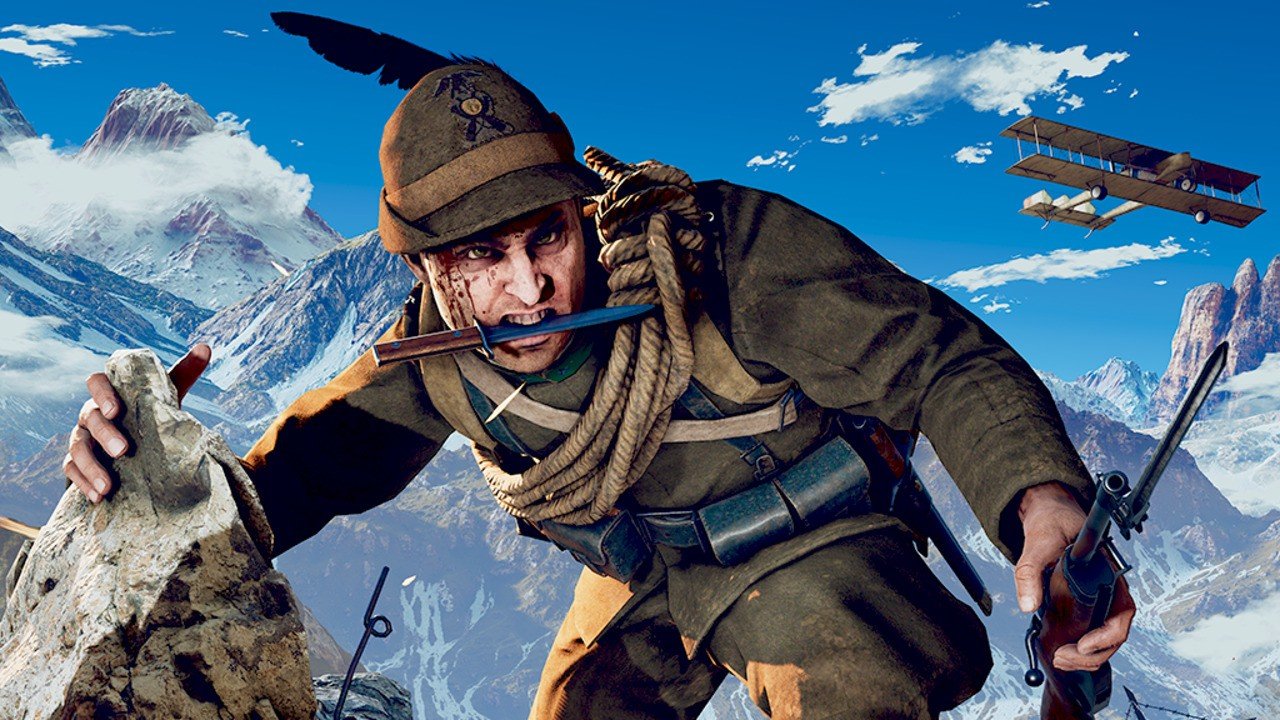 FPS is a very dense genre. Standing out is key if you want to get any traction. Blackmill Games and M2H have achieved this with their WW1 Game Series. Isonzo adds the Italian front to this series, following in the footsteps Tannenberg and Verdun. Although WW1 games can be difficult to find, they are not as common as those from WW2. However, there have been some quality games, including Battlefield 1. Although it isn't as large or budget-friendly as DICE's massive juggernaut, Isonzo makes an admirable effort.

First, it is important to remember that there is no single player. It is not surprising, although it may be disappointing. Tannenberg and Verdun did not have campaigns so it was impossible to expect that Isonzo would. This game is definitely smaller in budget and scale. The game is modestly priced at $29.99 but offers enough positives to make it worth the price. Although there is only one mode, which is similar to Battlefield Rush and where you push objects in a specific order, the maps are vast and varied. The game's five maps are divided into three "offensives", which are regions. Mountain War, Strafexpedition and the 6th Battle of the Isonzo are all options. These battles and locations are important to the Italian theatre of warfare.

Although the map pool may not be large, it is dense enough to offer plenty of opportunities for flanking or outmanoeuvring enemies. Be careful not to get out of the trenches. Exposing yourself to open areas almost guarantees death, just like in actual conflicts. This is especially true when the lobby has 40 or more players. The smaller servers proved to be a bit more enjoyable, with the player count remaining closer to 20. Although things were less chaotic, spawn camping was much easier. It is not uncommon for players to spawn, and then die or suffer damage before they can move. This can be frustrating, especially if it occurs consecutively. It is best to avoid this at all cost. If you don't want to deal with this, an offline mode that includes all bots can be used.

There are also benefits to having a larger lobby. Squad-based systems are more useful and ultimately, one of the best assets in the game. Anyone who has played Battlefield knows the basics of coordinating with your teammates and using them to spawn buoys. But Isonzo, and the WW1 Game Series overall, adds some fun twists and turns that increase the intrigue.

There are six classes to the game. However, each class has a maximum number of players. The Officer has a limit of two players, and a great player can decide the outcome of a match. Things can quickly get out of control if an Officer fails to properly call in mustard gas or airstrikes. These can cause huge fluctuations in match times. Matches with cascading momentum were completed in a matter of minutes. However, some matches lasted over an hour, particularly if there were multiple phases. The fluctuation was exciting because the momentum of one team forcing the other to retreat has real stakes.

It is much more difficult to run and shoot, furthering the importance of momentum. It's not possible to run around corners and spray machine gun fire like Call of Duty. Oh no! Everything is more systematic and, except for the occasional, usually mounted, automatic weapon, everything takes much longer and is slower. You will encounter enemy combatants in mad scrambles through trenches. They may see you, miss your first shot, then panic about trying to chamber the next round. It is quite frightening and frantic. The use of mustard gas is another example. The historical significance aside, mustard gas can be a very unpleasant and well-implemented experience in a match. The title is elevated by the dynamic gameplay element of seeing the yellow cloud expand and trying to get your gas mask on quickly. Further, you won't be able to see anyone in the cloud.

The game's weapon selection is another plus. It has 16 primary weapons and nine sidearms. This is a very robust lineup considering how small the game is. However, many bolt-action rifles can be difficult to distinguish from one another. The gunplay is great, regardless of the weapon. The weapons all have a certain weight to them that makes it feel slower, but also enhances the experience. The controls don't feel as awkward as the actual weapons they are imitating.

The title offers a solid experience, but not exceptional in one area: performance. Screen tear is a problem that plagues the game, regardless of which graphics mode you select. You will encounter collision issues where you clip through objects or walls. This happened only once per match. Other issues, such as textures not loading or rendering at distance, are less important, but overall the title looks great. Dolomiti is a particularly beautiful mountainous map.

Isonzo is a decent title. The game is solid in many areas but not one to be proud of. It offers a solid gameplay core and a fair price. While performance issues are a problem, the game's gameplay is solid and the maps are interesting enough to make it worth the effort, at least for the short term. While a campaign or large number of maps would certainly increase the value of this title, it is still a satisfying and enjoyable experience that will appeal to anyone who has an interest in the First World War.